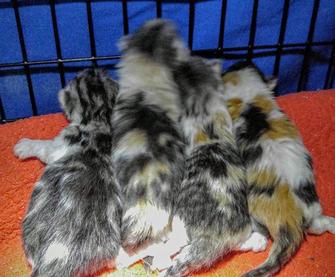 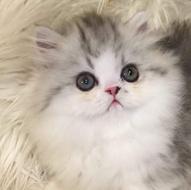 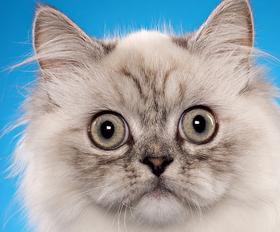 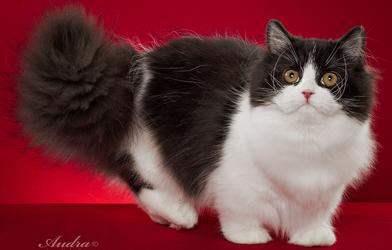 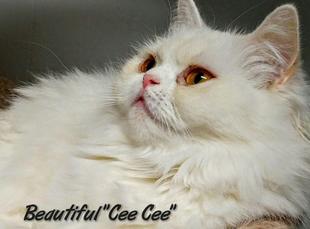 ​The Minuet cat (also known as the Napoleon) is a new breed, categorized by The International Cat Association (TICA) as a domestic hybrid breed, "   a breed developed from a deliberate cross between two existing domestic breeds, incorporating characteristics of both parental breeds into the new breed." The two breeds from which make this cat are the Munchkin and the Persian. According to TICA’s official standard for the Minuet, these breeds represent the only permissible outcrosses one may utilize to create the Minuet. This includes the combinations Minuet × Minuet, Minuet× Munchkin, and Minuet× a member of the Persian breeds (including Persians, Himalayans and Exotic Shorthairs. Minuets come in both long-haired and short-haired varieties.The Minuet inherited its distinctively short legs from the Munchkin, which, in that breed, were caused by a naturally occurring genetic mutation. The short legs do not hinder the cat's agility. They are able to run, jump, and play easily. From the Persian group (including Persians, Exotic Shorthairs and Himalayans) the Minuet has inherited its round face, eyes, dense coat and substantial boning. The boning provides a good support system for its uniquely short legs. The Minuet is not merely a short-legged Persian nor a hairy Munchkin. It is a unique combination of these two groups, making it easily distinguishable from any other breed of cat.

The Minuet  Napoleon is a gentle, extremely affectionate and people-oriented cat. They have the gentleness of a Persian and the energy and curiosity of the Munchkin. Their big eyes in their sweet faces give them a look of complete innocence while their inquisitiveness gets them into all kinds of scrapes. While gentle, they are also self-starting when it comes to activity and like the Munchkin can navigate the curves of their self-defined race-track for the day at breakneck speed.

In appearance, the first thing you notice is the sweet face and the second the short legs. While derived from the Persian and the Munchkin, the Minuet is a distinct breed with its own characteristic look. The head is round and has great big eyes but rather than the short snub nose of a Persian, the Minuet has a longer nose much like the earlier Persians. The standard Minuet has short legs but the non-standard version with the long legs still has the same distinctive features in the head and there is no mistaking the fact that it is a Minuet / Napoleon.

Round is the word most associated with the breed. The round head has a shape like a pie-plate and big round eyes like marbles are set into it. Round cheeks, round top head, round muzzle. The ears are medium to small and also contribute to the round look of the head. The nose has a slight change of direction often referred to as a ski jump nose meaning it tips up ever so slightly at the end. All of which combine to present the very sweet innocent look of the breed.

The Napoleon  Minuet cat has very few health issues. Because of the incorporation of the Persian cat blood, PKD negative tested Napoleon Minuet breeding cats should be used. Napoleon/Minuet cats are to be bred specifically away from common Persian cat issues such as Epiphora (excessive eye tearing), Stenosis (blockage) of Nasolacrimal Ducts, flat facial features, and matting prone coats.Personality

They are a medium-sized strong cat—and their low-slung bodies reflect that. Like Minuet, they wear their short-legged bodies with great authority. Roundness also has a role in the overall structure of the body—they have a semi-cobby body which gives a sense of roundness and the overlaying musculature emphasizes that same roundness. These sturdy cats have strong, solid boning and excellent musculature kept in shape by their active natures that has them running round the house and up and down the stairs. 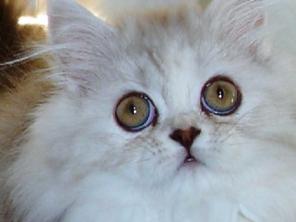 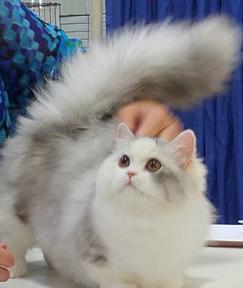 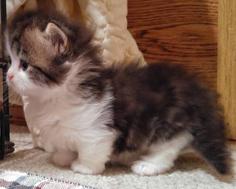